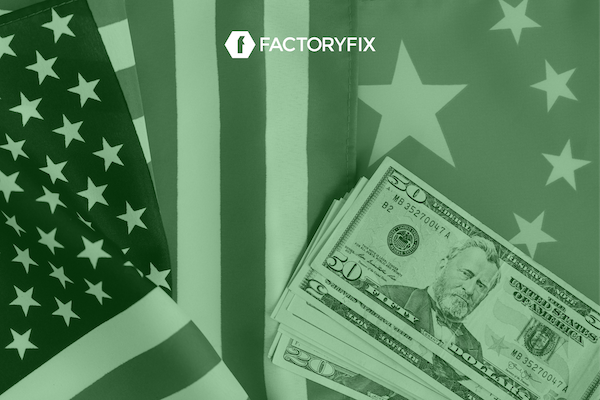 Is China Stealing our Manufacturing Jobs?

One of the biggest questions in the COVID-19 era is how the U.S. can address long-term job losses in the manufacturing industry.
January 10, 2022

The U.S. economy is a complex and controversial issue for both politicians and financial experts. One of the biggest concerns in the COVID-19 era is how the U.S. can address long-term job losses in the manufacturing industry. The first step in answering that is to understand exactly what is happening in the manufacturing industry and how China and automation is affecting this sector.

The common myth is that China is the chief culprit behind the disappearance of our manufacturing jobs. The Bush Administration’s decision to mark China as a preferred trading partner in 2000 was the start of these persistent concerns. China’s ability to effectively manufacture products for sale in the U.S. and around the world has eaten into the US’s own manufacturing economy over the last few decades. Back in the 2019 Democratic Presidential debates, candidates Elizabeth Warren and Andrew Yang clashed over this very subject.

Yang’s points in the Democratic debate were almost completely correct, but not entirely. The United Nations has been monitoring the different sectors of production in the U.S. and around the world with many different results from their research. The issue of China and the automated factories of the future is dwarfed by the primary problems of low job quality and low wages. These have been highlighted by the UN as the main reason for the dip in productivity in the U.S. and around the world. And, of course, in recent months, these jobs have been eliminated due to the financial crisis caused by COVID-19.

There have been many reports detailing the change taking place in the Chinese economy, taking the nation on a new course. During the 1990s and 2000s, the Chinese economy was focused on the production of various products, but the wealth achieved by many in major cities is changing this focus. Instead, the Chinese economy is shifting to one of consumption and shifting away from the manufacturing of goods.

In terms of automation, the COVID-19 pandemic is reported to be speeding the introduction of an automated workforce in the U.S. and around the world.

U.S and worldwide statistics have consistently shown the downturn in productivity has been occurring since the 1970s and continues to this day. For major economies, such as the U.S., the issue has been how to match the low cost of importing manufactured goods from developing economies.

When Andrew Yang detailed the ways automation was changing the U.S. economy, he largely detailed the automation of grocery store checkouts and self-driving trucks. These have long been recorded as part of the move towards a more automated workforce, but they do not affect the level of production in the U.S.

What we do know from various reports and studies taking place during the COVID-19 lockdown is that many business leaders are looking to introduce new machines and automated devices. Some studies suggested hope remained high that many factories and plants would reopen to almost full capacity by the third quarter of 2020, but fears over new outbreaks and further waves of the virus have brought technology plans forward for many business leaders.

FactoryFix is looking to bring about a change in the way automation is implemented and viewed in the U.S. manufacturing sector. The lack of productivity, which has been noticed for decades, is being addressed by making sure the appropriate professionals make their way to the correct locations. The fear of an automated workforce should not exist when individuals can get a better understanding of how technology can help the manufacturing sector.

An automated system for sourcing and securing employees is a great example of the beneficial ways the U.S. production sector can be positively impacted by the use of technology. FactoryFix is able to ensure they have the information about the skills and experience of a worker in the manufacturing sector to make sure they are employed at the correct location for a productive career.